With the continuous evolution of the appearance and functions of smartphones, manufacturers continue to omit some traditional mobile phone functions in order to make their mobile phones lighter and thinner, such as the removal of the 3.5mm headphone jack, but consumers report that they need to use an adapter cable to switch the headset. Plugin the charging port to listen to songs, and you can’t charge while listening to songs. Therefore, wireless earphones have become more and more popular in the market.

Wireless Bluetooth Earphones actually appeared as early as ten years ago in the Nokia era, but with the release of Apple's Airpods, the wireless Bluetooth headset market has reached a climax. First of all, from a definition point of view, TWS is the abbreviation of True Wireless Stereo, which means true wireless stereo. TWS earphones do not have traditional physical wires. The left and right earphones form a stereo system through Bluetooth. The mobile phone can connect to one receiving section. This receiving end will divide the stereo sound to the other receiving end wirelessly to form a stereo. 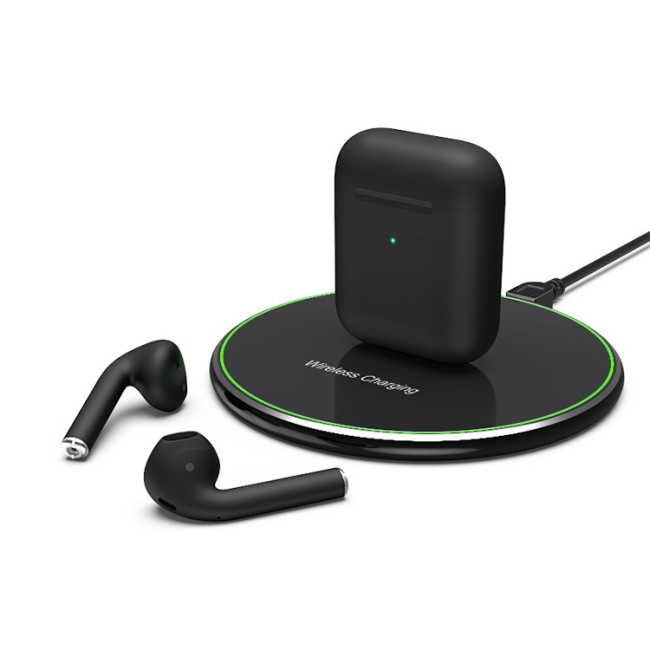 Since the left and right units of the TWS headset are not physically connected, the Bluetooth headset is generally not charged through the micro USB interface. Therefore, almost all TWS earphones are equipped with a portable box with both charging and storage functions, and some portable boxes also integrate a mobile power supply. When there is no electricity, just put the earphone in the box and automatically disconnect it to charge.

So why can wireless Bluetooth headsets quickly detonate the market? Compared with traditional headsets, TWS wireless headsets have the following advantages:

It adopts a wireless structure design, which eliminates wired troubles and makes it more convenient to carry.

Endurance has been improved.

It can be used in various ways, it can be used alone or shared. TWS earphones mainly include two wireless earphones and a charging box. From the perspective of component composition, wireless earphones mainly include the main control Bluetooth chip, memory chip, audio decoder, various sensors, flexible circuit board FPC and battery, etc.; charging box Part mainly includes microcontrollers, power management ICs, overcurrent protection ICs, and lithium batteries. Among them, the master Bluetooth chip that supports Bluetooth 5.0 has become the most critical factor in the improvement of headset performance.

The above information is provided by Bluetooth headphone manufacturers.